This update is provided from Aillio via and with thanks to Espresso Company Australia: Appointed and exclusive Australian Importer.

As many of you know, we’ve been working hard on obtaining CB and CE certification. We brought on a new engineer, Maurizio, with extensive experience in the Italian automobile industry, to work full-time on this task. This has coincided with an uptick in our activities in Australia as we prepare to enter the market down under— a way of preheating the drums, one could say. Jonas gave a seminar on the usefulness of new roasting technology in Sydney, and Aillio sponsored a pair of roasting competitions: Roaster Smackdown, in Sydney and Melbourne, with the winners each receiving a V2 Bullet last month. Things are clearly moving forward.

But before you get too excited, we have to say that it will still be a little longer before we can obtain certification. Here is an update on the progress so far.

A peek into the process

What does it take to comply with certification standards? Well that depends on what product you’re certifying and for what type of user. The Bullet R1 is a unique product: a coffee roaster defined as a ‘home appliance.’ Because it is a home appliance, it needs to comply with some rules that may sometimes feel extreme. 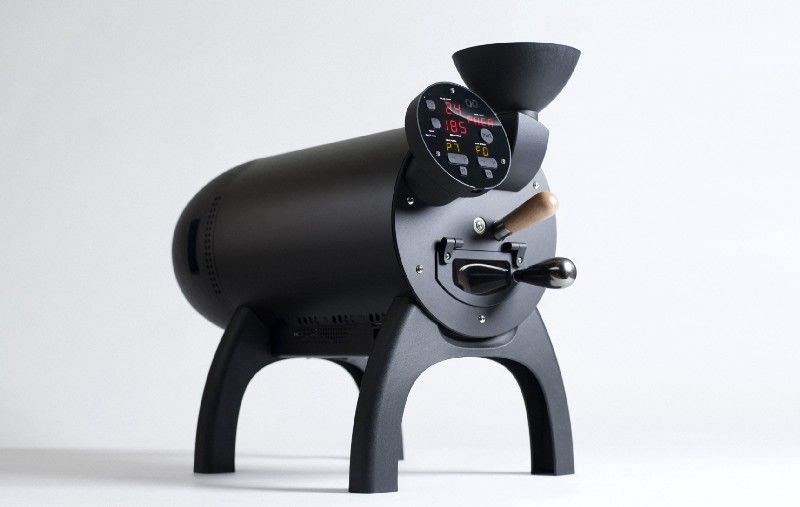 Our roaster is too pretty?

One of the reasons why people love the Bullet R1 is its sleek Danish design. But the Bullet’s beauty actually became a cause for concern. In fact, it was the first thing our certifiers discussed with us. They were afraid that children may be attracted to the roaster and want to play with it, hurting themselves in the process.

You can imagine our surprise at being told our design was too pretty. Thankfully, we were able to quickly allay their fears without needing to design a version of the Bullet that would frighten small children.

Electromagnetic emissions
The concerns over the design were a bit silly and easily resolved, but there are some regulations that do make sense. EMC testing is one of them. When an electrical appliance is in use, it emits electromagnetic waves across a spectrum of frequencies. These waves should not exceed the maximum allowed amplitude within that given frequency range. This is particularly important in today’s age, with more and more devices taking up a limited amount of bandwidth. In a way, it’s like protecting a finite resource.

For this reason, in order to comply with regulations, the electromagnetic radiation emitted by individual electronic devices must be measured to ensure they don’t take up too much “space”. They tested the Bullet and to be frank, like the majority of electronic devices on the market, we failed. But again, this failure was mostly due to its designation as a home appliance. If, for example, it had been given a classification as a high wattage power tool, like a drill, then allowed amount of electronic emissions would have been over 8x (!) higher and we would have passed very easily. Believe us when we say we put forth several arguments for why the Bullet should be given more leeway, but in the end, our arguments were not accepted.

There was no other choice then. We purchased new equipment to allow ourselves to test the Bullets in-house in the same way they were tested by our certifiers. And then we got to work: swapping induction board components and tweaking firmware settings in order to bring the levels down below the maximum limit.

If this sounds like a tedious process, that’s because it really is. Tedious and time-consuming. So when the R&D room of the office erupted with joyous noise last Friday, we all knew the reason. Maurizio had successfully brought the electromagnetic emissions below the maximum allowed at all power settings. Below you will see screen captures from before and after the changes: 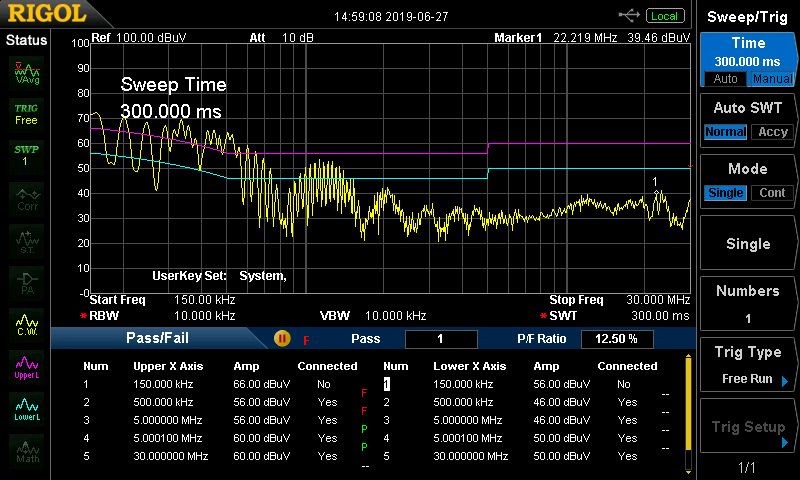 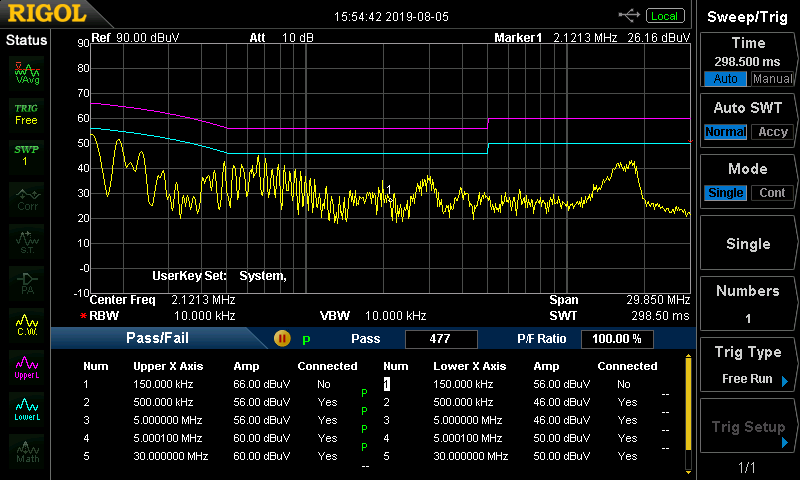 We still have a little optimisation work to do with regards to EMC testing. And we will likely have to design some mechanical mods for the Bullet R1 in order to further comply — a ‘safer’ chassis redesign is already in the works, for instance, ostensibly to prevent people from jamming a screwdriver into it while it’s running. But we anticipate any remaining changes should all be easy to implement.

The long and winding road…
Ultimately everyone just wants to know: “When? When will you get certification?” Maurizio’s best estimate at the moment is October, assuming things go smoothly. That is later than we hoped, but not so far away either. However we must share this estimate with the caveat that, as we’ve intimated in previous writings about the certification process- there is always the chance of a surprise. So we can only promise to do our best to bring the process to a close as quickly and cleanly as we can.

To everyone waiting around Australia, Thanks so much for your patience and support.

Soon we hope to have plenty of stock for Australia !